There’s an old saying that I’ve heard and read countless times.  It says to form a habit you have to do something for 21 days in a row. Now usually it seems easier to form a bad habit than it does to form a good habit. Ever wonder how you fell into watching TV every night, or eating macaroni and cheese for dinner; because it’s easy. Bad habits are easy to form because they don’t take much effort, usually because they arose out of some need for a short cut. You found that short cut and BANG, it’s a bad habit. Okay, so that 21 days may be an arbitrary number, and it’s fair to say that not all people will need 21 days and some people may need more. But you should get the idea behind the premise. Doing something consistently for a specific period of time will help form patterns in your behavior that eventually becomes second nature.

So, why the hell am I bothering with all this you might ask? Easy. I want to form Good habits. Why does it seem that doing ‘good’ things for ourselves are so much harder? I’d say it’s because anything worth doing takes effort. Personally, I’m trying to add a good habit to my daily routine right now. What I’m trying to do is jog every morning, for just one mile. See, I go to the gym three days a week, but most of the rest of my time is spent not doing much physical activity at all. I’m not lazy, just not very active. And to be honest, I have a few pounds of vanity fat I want to work off. I know it seems ridiculous to try and sculpt my body to look like a Greek god, or fitness model, which is only part of the reason I’m working on this new habit. The main reason is health, both mental and physical. Being active helps the body be more healthy, running helps circulation, breathing capacity, just to name a few things. For the mind, activity helps creativity and imagination. Physical activity makes the mind work better and faster. I’ve noticed that the more active I am, the better and more consistent I am with writing and actually getting words on the page. Now that’s a good motivator, at least for me. You’ve probably heard another old saying, ‘healthy body, healthy mind’. Well I think it’s true. So I’m putting that idea to the test.

Every morning I get up at 6 am, put my jogging clothes on and head out. It usually takes me around 11 minutes to run around that mile track. Yeah, I’m a pretty slow runner. To be fair, it’s really 1.1 miles around several blocks, but that’s not really important. What is important is that for eight days so far I’ve gotten my butt out of bed that early just to do it. Now I know some of you will say ‘I just can’t do it’ and you’re right. You can’t, not with that attitude. You’re certain to fail. You have to change your mind set. Also, it’s easier to think of doing an activity just once. Don’t worry about tomorrow, or the next day, or the next week. Just worry about this one time, today. You can do something once can’t you? Even if you think you can’t, can you at least try? Remember, bad habits are formed because we’re looking for short cuts. Sleeping in or not bothering to try is a short cut. They are also bad habits. So look at trying something new as a one-day-at-a-time endeavor, 21 times in a row.

If you fail, at least you tried. If you didn’t try you’ve already failed. So give success a chance. You never know, 21 days from now, you might just be on your way to a life-long good habit that does a world of good. Go for it! 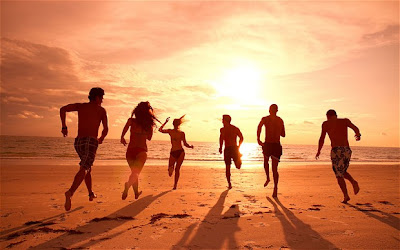 Thanks for reading. Comments and questions are always welcome.
By dc - November 29, 2012