Showing posts with the label Kosh
Show all 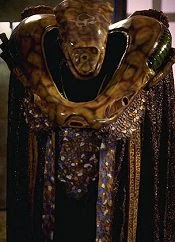 By Douglas Clark
Who are you? The character Kosh on the sci fi television series Babylon Five would ask that of a few of the main characters, especially during times of self-doubt or pending change. We could ask ourselves the same question. Who are we? As individuals, as a society, as a species, we are all in a constant state of flux.
Recently an article was published about the relationship of Neanderthal and Human DNA. A small yet distinctive amount of DNA from Neanderthals is present in many of the humans alive today, despite geographic, social, ethnic, or political ties. Neanderthals are a species of Homo Sapiens that is considered to be an cousin to modern day people. They had similar intelligence, physical make up, abilities and skills. Having died out, they exist now only in our genetic code. But what does that say about us? As a species that wars, fights and hates against itself, we are the sole remnant of a species now vanished from this world.
My mind swirls with the idea th…
Post a Comment
Read more
More posts