You Can't Read That!


In the United States we have a list of things that supposedly guarantee each citizen rights – This list is called the Bill of Rights. You might have heard of these rights; they’re the first ten amendments to the US Constitution. The first one, and arguably the most well-known and most well-defended is the Freedom of Speech. It reads:

Congress shall make no law respecting an establishment of religion, or prohibiting the free exercise thereof; or abridging the freedom of speech, or of the press; or the right of the people peaceably to assemble, and to petition the Government for a redress of grievances.

Expressing that ‘speech’ has become known to include the arts such as painting, sculpting, theater, cinema, and writing. Now, there are certain provisos that accompany these rights, often times coming in the form of a certain censorship. Obvious examples would be not allowing someone to shout ‘FIRE’ in a crowded theater when there is no fire, or allowing children to watch pornographic or violent movies. There is a line between sensible distribution of this expression and the inappropriate display to those unprepared to interprete it.

Now I bring this up because as a writer I want people to read my work and hopefully gain a positive from it. I’m sure many, if not most or all writers are looking to have their work read and be part of the greater whole of literature. The idea of banning a book, to me, is unthinkable. Now I get it that there are some books that are vulgar, sexist, racist, gratuitous, abusive, ill-conceived, and otherwise just poorly written. However, it would seem to me that some books are banned simply because they do not appeal to the sensibilities of those doing the banning.

According to the American Library Association there is a list of 100 frequently banned books by organizations, groups, schools, etc from across the country. As an example, check out this list from 1990 to 1991. Thing is, I’ve read many of the books on this particular list at different times in my life. Not one of them was so offensive or duplicitous as to make me feel no one else should ever read it. Granted, some were unsettling or disturbing, but to me they presented a perspective I had not experienced or was aware of. This exposure allowed me to expand my scope of thinking and come to a greater understanding. One good example is from Lord of the Flies, by William Golding. The basic premise is a large group of boys are trapped on a deserted island with no adult supervision. The way Golding constructs the plot and narrative to slowly and deliberately expose the degradation of civility and society because of the lack of rule of law and authority is staggering and hauntingly foretelling. Some would say the book is too violent, especially because the main characters are all adolescent boys. I could relate to this story, first because I was once an adolescent boy, and two because there are circumstances and instances where law and authority break down, and I’ve seen them.

My point here is that even though art (in this case the written word) can be offensive and unpleasant, where do we draw the line when it comes to exposing the truth of our own society? A lot of these books are guilty of pulling off the mask society wears. They expose prejudices and conceits, our hypocrisies and deliberate lies; they expose the ugly truth if you will.

Is the truth too disturbing to be laid out bare for all to see? And should we keep lying to ourselves and hide behind censorship? Or are these books so offensive and unacceptable they should never see the light of day again?

What do you think? 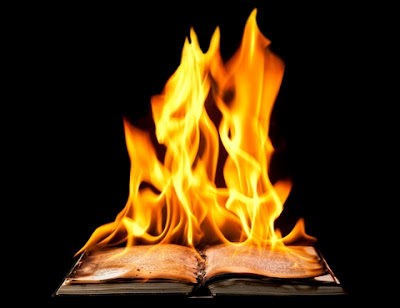 Thanks for reading. Questions and Comments are welcome.