I’ve often heard that when writers start a story the blankness of the white page can be a daunting adversary. I have experienced a bit of trepidation, anxiety even, when it comes to filling up all that white space. In fact, I even used to write on yellow legal pads just to avoid having to look at the emptiness of white. However, some writers find it paralyzing almost to the point where they quit writing all together. Now I suppose that painters and sculptors have similar problems at the beginning of a new project as well. Not all mind you, but some may. Personally, I’ve found a way to combat that paralyzing problem. Do you know what it is?

I write. Well, duh, that sounds simple doesn’t it? And a bit too obvious right? Let me explain. In my experience staring into the white, I’ve noticed that somewhere in my head I was worried about what might actually make it out onto the page. Questions would start creeping up on me and haunting my thoughts.  What if it’s all crap? What if I get stuck? What if it’s boring…?  You know what I say to that? So what! Really. Listen, I’ve been an editor for about eight years now, and I’ve learned a few things about polishing up narrative that is, how shall we say politely, less than stellar. Put more simply, you can’t improve something that isn’t there. So get something down on paper, no matter how horrible it may seem. You can clean it up. Hell it may turn out that what you wrote is crap, but it could lead you down a better path toward something that turns out to be gold.

This philosophy doesn’t have to be restricted to writing alone. Doing something, anything, is better than waffling over the possibility of failure and not doing anything. I believe that the only true failure is not trying. Lack of effort is the enemy of Potential. Nike always said ‘Just do it’. The wisdom of that simplicity is astounding. So, give it a shot. Try. Make an effort, and don’t fear the emptiness. Fill it up! 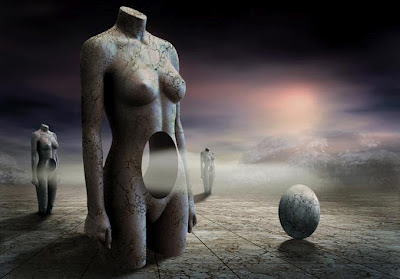 Thanks for reading. Questions and Comments are always welcome!