Can We Do Without the Trouble and Toil? 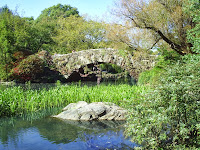 Sometimes I wonder what all this trouble and toil is for. I mean we all do it; trudge to work, struggle with responsibilities, stress over things that cause us grief. But why? Why do we do these things when we know they hold no value for us? I know that struggling against adversity and persevering through hardship builds character and prepares you for life’s ever harder challenges, but there does seem to be part of that struggle that produces nothing but negative. Take for example the problem people have with debt. I know there are a few people out there who are just pain irresponsible and don’t really care. However, I know a lot of people who are responsible, diligent, and reasonable when it comes to their money and they are still buried under a mountain of debt. Unfortunately, yours truly being one of them. Sometimes, it feels like an oppressive weight that just won’t go away, no matter what you do, and every effort you take to move forward and take a step ahead is just slammed with the reality of yet another bill, more bad news, another crisis that needs to be settled now, only to push you back even further.

I heard an old story once about a rich man who went on a South American tour. He was on a river boat excursion and talked to the old man manning the boat. The old man told him he had sailed up and down the river for decades, giving tours, catching fish, going home to his wife, children, and their little hut, and felt content with life. To the rich man, this concept seemed ridiculous, wherein he told the old man he might just invest a lot of money to create a huge tourist industry of river tours and fishing trips so when he earned enough money he could retire and live in a secluded home in the woods. The old man looked at him and just simply asked ‘wouldn’t that be the same thing I have then?’

At times I have interpreted this story differently. Sometimes the meaning of it to me is that no matter what you do, peace and security is a driving factor for all people. Other times, I’ve seen it illustrate the difference between men who desire power, and men who desire tranquility, sometimes it’s capitalism versus communism, other times it’s about the perceived inequities of life, and still others it’s a story about the foolishness of youth and the wisdom of age.

There are good times and there are bad times and as clichéd as that might sound it is true. I’d like to think that my bad times may come to an end and it would be smooth sailing afterwards. But the truth is, good and bad ebb and flow much like the river in the old man’s story. The trick is to not let the bad times drag you down too much, so much so that you drowned in your own misery. As dire as things may seem, circumstances can get better. Sometimes it takes a new perspective, and sometimes it takes sacrifice, even of things you care about or really want, if only to preserve an even greater love. I know life is not fair, but it’s your life and letting yourself get too mired in the muck and sludge that drudgery and despair bring certainly isn’t fair to you. So be good to yourself. 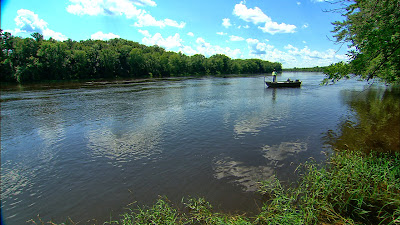 Thanks for reading.
Questions and Comments are welcome.

DouglasHClark.com
By dc - October 24, 2013 No comments: Links to this post