The Course of Empire!

When I was first exposed to this series of paintings I was truly amazed!  The series, Course of Empire was painted by Thomas Cole.  Through a series of paintings, Cole presents the phases of empire as it would look in the classic age.  Each painting  has an amazing amount of detail and an intricate level of expression.

I had an art history class in college where we had to examine each painting in the series and give a physical description as well as a description of the emotional impact each had on the viewer.  I was and still am blown away by these masterpieces.  The only criticism I ever really had was this: I always felt there should have been a stage between the Pastoral and Consummation.  It feels somewhat jarring to go from almost total greenery to marble and concrete.  But perhaps that's the point.

What do you think? 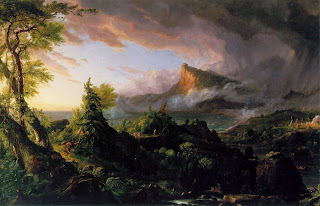 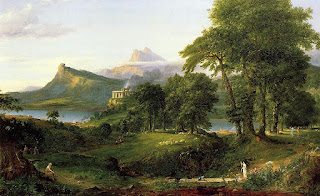 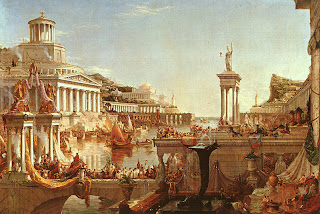 The Consummation of Empire 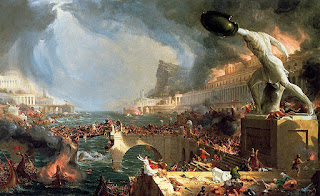 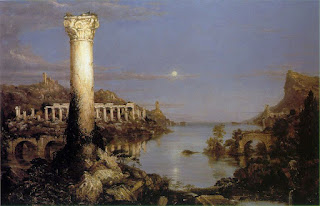