A Universe from Nothing by Lawrence M. Krauss 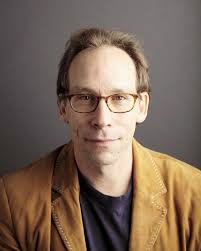 Lawrence M. Krauss is a physicist and university professor with a long distinguished career. Holding a Ph.D. in physics from MIT he currently is the Director of the Origins Project at Arizona State University. He has authored multiple books and been recognized by his peers with awards such as the American association for the Advancement of Science, the Presidential Investigator Award, and the Gravity Research Foundation award, to name a few. http://krauss.faculty.asu.edu/biography/

Brief Description
Lawrence Krauss takes the reader through a detailed view of the universe as we understand it today. By providing concise explanations of how we came to this knowledge and what it means, Krauss beings to expose the nature of the universe to the layman. With a strong foundation and clearly reasoned belief in the Scientific Method, Krauss makes his case that the data we have explaining the universe provides a reasonable and factual model of how it began, evolved and ultimately will end.

Memorable quotes
“Our universe is so vast that, as I have emphasized, something that is not impossible is virtual guaranteed to occur somewhere within it. Rare events happen all the time. “

"Empty space can have a non-zero energy associated with it, even in the absence of any matter or radiation.”

“At the heart of quantum mechanics is a rule that sometimes governs politicians, or CEOs­ -- as long as no one is watching, anything goes.”

What makes this book Unique or special…
Krauss employs an epigraph at the beginning of each chapter to help focus the reader and put them in a mindset that will frame the discussion.

The inclusion of graphics, charts, and photographs help when some of the data needs a visual representation to clear things up.

Krauss doesn’t dumb down the narrative. His explanations are straightforward and concise, but sometimes you’ll actually have to think to completely grasp his meaning.

As a bonus, Richard Dawkins provides an Afterwords. Admittedly, there’s just a bit of pandering to Krauss on Dawkins part, however, the point is made that Krauss provides his explanations and reasonings by way of scientific fact and empirical data, not faith or revealed knowledge from divinity. Combating theologian derision is something which Dawkins has a bit of experience combating.

Readability
Throughout most of the book, Krauss keeps the scientific jargon to a minimum and explains the analysis of data in a reasonably understandable fashion. There are, however, spots where the conceptual explanations become complicated and demands that the reader fully pay attention. This happens mostly in the latter chapters, such as when he explains how empty space actually contains energy and contributes to the expansion of the universe. Chapters 8 and 9 contain the densest of material so paying attention is critical.


Overall, A Universe from Nothing is a pretty good read. Krauss stays on topic and supplies just enough data and history to keep it interesting without bogging down the narrative. It’s very clear Krauss knows what he’s talking about and wants you to understand his meaning. He is earnest in his attempts to impart a bit of scientific knowledge to his readers. If you’re looking for a deeper understanding of how the universe works, read this book. 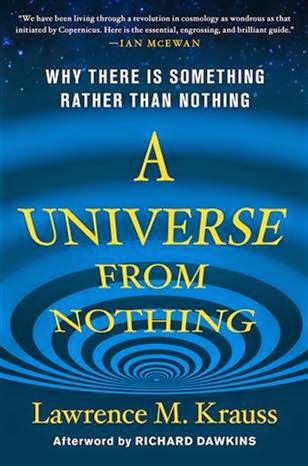