Showing posts with the label island
Show all

The Little Island That Could 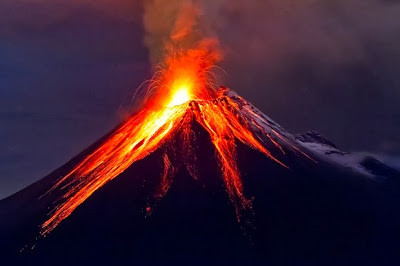 So the forces that keep our planet in a perpetual state of rebirth did it again. Off the coast of Japan, a new island was born yesterday. Granted, it’s atiny little thing, but the idea of land, reaching from below the ocean waves, cresting the water’s edge and  rising up toward the sky fascinates me. The concept is not new, one only needs to study the Hawaiian Islands to understand just how powerful island building can be. But for me, I like to get lost in the idea of the new island's growth. How big will it become? Will flora and fauna take hold and make it a lush paradise? Will it remain barren and lifeless because of continued volcanic activity? Will it get washed away from the relentless pounding waves against its tiny, fragile infant shores? I find myself wanting to visit that little speck of land, just to see it in person.
In reality, only time will tell what happens to this little island, but imagination brings a whole host…
Post a Comment
Read more
More posts