Philosophers have been trying to answer that question for ages.  The idea of Greatness occupies the minds of many, controlling their thoughts, actions, and entire lives.  But the question remains: What is Greatness?  Also, how does one obtain it, retain it, recognize it, utilize it, and wield it effectively?  The big problem here is defining Greatness.  Whose definition is correct?  Do we go with the militaristic view and say Greatness is when someone can command others, lead him/herself and others to victory over competing forcers?  Do we go with the economic view and say Greatness is when someone can accumulate the most wealth by manipulating the system to its fullest?  Do we go with the religious view and say Greatness is when someone represents themselves as the best human reflection of their god, or follows the tenants of their religion as devoutly as possible?  The possibilities and avenues we could go down in trying to define Greatness are vast and wide.  So the obvious course of action is to try and understand what Greatness means on a personal level.

Is that easier?  Probably not, but it’s certainly less involved than including all the above examples.  I like to think of Greatness in terms of personal evolution.  To me, I’m in competition with no one but myself.  I believe that I am the single greatest resource I have.  I can provide the psychological foundation, motivational framework, and positive perspective I need to achieve something greater than I did yesterday.  Sounds lofty doesn’t it?  Sure, and I’ve failed at it more times than I’d like to admit.  But as I’ve said many times, it’s the attempt to succeed that is a success.  It may sound cliché, but you only have to get up one more time than you fell down.  So, how does this help define and ultimately achieve personal Greatness?

Knowing that when it’s all said and done, you are in competition with no one but yourself, all you need to do is improve; One day at a time.  Look at it this way: Take a moment and reflect on your life  up until now.  If that’s too much, take the last year, six months, week, if you will.  Are you doing better, have you accomplished a goal, or even set one?  If the answer is no, than you are not living up to your own potential.  If that’s the case you can never achieve personal greatness.  But why is personal greatness important you might ask?  Why should you even be concerned with the loft pie in the sky idea of greatness?  Because, we’re talking about your life!  You only get one and if you don’t make the most of it, life will pass you by and you’ll have nothing to show for it.  Is that what you want?  I’m sure not. Personal Greatness is the culmination of your mission.  You don’t have to command armies, have a massive vault of gold, recite scripture verbatim, or whatever anyone else’s definition of greatness may be.  What you should strive to do is be better today than you were yesterday and be better tomorrow than you were today.  It’s a worthy endeavor to improve your life, for your own life’s sake.  Greatness is a state of mind you can have where you know your life had and has positive meaning.  It is possible and you can and should do it.  So, be Great! 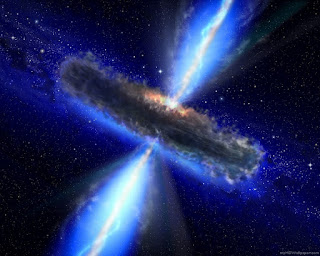 Feel free to leave a comment or question.  I'd love to hear what you're thinking!  Thanks for reading.
By dc - April 17, 2012 No comments: Links to this post