So I’ve been thinking. Is it too much to say that Humans have effected the Earth? Put aside the tinfoil hat, conspiracy theory nuts jobs, the dollar-hungry political pundits, the career-minded politicians, and the ignorant electorate for a moment and just think: Do human actions effect the Earth?

I was reading an article recently about Global Warming and the possibility of Human Extinction. I also just received the latest issue of National Geographic. In it was a story of rising seas and human involvement regarding climate change. I’ve been following this topic for quite some time. My personal belief is that Humans are altering the biosphere of this planet without understanding the long-term effects. Hell, if you don’t believe that pollution and global warming are happening, think about running your car inside the garage with the door closed. It gets pretty hot in there and the air is quite unbreatheable.

Okay, that’s a simplification of the overall process but really, how is the Earth any different when it comes to our activities, except much larger? I’m not a scientist, but when it comes to the climate, I know enough to listen more to the guy that has a doctorate in climatology than to morons like Rush Limbaugh who know next to nothing about science. But whether you believe in global warming, climate change, Bigfoot, or gremlins, does it ever bother you that how you live your life might just be detrimental to the next generation?

I have a daughter. She just had her 10th birthday. It pains me to think of the deplorable conditions the Earth might be in when she’s my age. Yes, some scientists say that by 2100 the Earth will be uninhabitable. Now I’m not such a doomsayer, but I do believe the last century’s worth of abuse we’ve visited upon the environment will be felt, and most painfully I might add. I know some people just don’t care, some people are selfish, some people are so greedy and power hungry and they’ll spite the world for a modicum of power. I’ll go all conspiracy theory for a second and say sometimes, I believe that those in power are just a bit sociopathic to do the things they do and still pretend that everything was done for the good of all. In my day-to-day life though, I just think, “What am I doing to make my daughter’s life and future better?” Because honestly that’s what I really care about. All of my dreams and hopes, aspirations and wants, accomplishments and endeavors are all secondary to her being safe, happy, with the potential for a better life. Like I said, some people don’t think that way, but I don’t think they should be the ones making the decisions that affect my daughter’s life and future.

So, what are you doing to improve your life and your world? Anything? Do you care about the greater good? I’m not saying you have to, but if you care at all about self-improvement, to me, communal improvement should follow right behind. At the very least, I would suggest educating yourself on personal improvement, and the effect people have on their surroundings. What you find might just blow your mind. 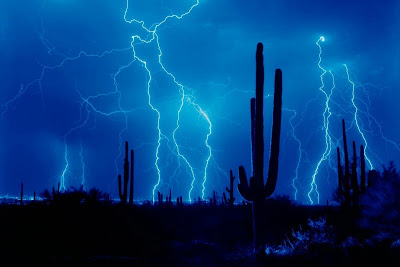 Last night I read an interesting article about a painting called the  La Bella Principessa in National Geographic magazine. Yes, I know weird right.  I still get the actual paper magazine.  I like holding a book or magazine in my hands, everything seems more real that way.  But I digress.  This painting and its mysterious story fascinated me.  Supposedly, there is strong evidence that it was painted by none other than Leonardo Da Vinci.  Leonardo is widely considered to be one of the greatest, if not the greatest master of painting there ever was.  This reputation started during his own life time.  And with a reputation like that, I would have figured everything he ever did was cataloged, indexed, and safely locked behind foot-thick glass, but apparently that isn't the case.  What really struck me was the fact that experts believe the portrait is a Da Vinci, even though some disagree saying that it doesn't look like a Da Vinci.

It's true that artists develop their own style and signature look, but if Leonardo is a master, why can't her change his style and look, and still produce a masterful work of art?  From what I've seen, Leonardo's work is grand, detailed, subtly stunning, and intricate.  Why then does it have to be stunted?  If Leonardo chose to challenge his own skill, craft a portrait with a different feel or tone, why shouldn't he?  To me that kind of expression speaks to the New, a challenge that goes against the status quo and invites innovation.

Being creative requires trying something different.  Doing the same old same old does not bring about change.  Going against the grain, making a 180 degree turn, deliberately trying a different approach is not a bad thing and it does not mean you'll be wrong.  It just means you'll probably end up with something entirely different.  And sometimes, different is just as beautiful as the norm.  So, try something different, it might just be a beautiful thing 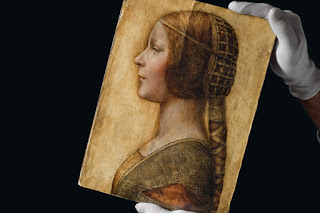 Thanks for reading.  Comments and questions are always welcome.