Hang on a Second!

Dost thou love life, then do not squander time,
for that's the stuff life is made of.
Benjamin Franklin

Have you ever just felt like no matter how busy or pressed for time you are, you need to just take a second out and stop?  The world careens around us, seemingly out of our control or influence, which it is, but your life lies in your control.  You should take that control and use it to your fullest.  Don’t worry, the world will always command your time, demand your attention, and be a force you cannot deny or ignore. So if that’s true, why give it your undivided attention, 24/7?  The simple answer is you don’t have to.  Taking a few moments out and diverting your attention to something that Really, Truly matters is not a crime and you shouldn’t feel guilty about it.

Today is a great example of this.  I was dropping my little one off at school.  She has been having a bit of trouble the last two weeks getting it in gear in the morning despite my prodding.  We were a bit late but I just had to stop and give her my total attention, look her in the eye and ask what was wrong.  We both needed that.  Now we agreed to talk about it more later, but that moment of shutting the world out was important.   Not only does it show my daughter she is important, it shows I know how to prioritize and give attention to what I value.

Sometimes recognizing what we really should be giving our attention to can be difficult.  There are clues and warnings, signs and symptoms, but if we don't take a moment out every so often, you'll totally miss those signs.  It might take a conscious effort at first to make yourself pause fo a moment and just look at what's going on around you.  You know there's an old saying, "if you don't look up once in a while, the world will pass you by".  It's true, what's even worse is the things you care most about will also pass you by.  And the people and things we truly care about make life worth living in the first place.  Don't let them slide through your life unnoticed! 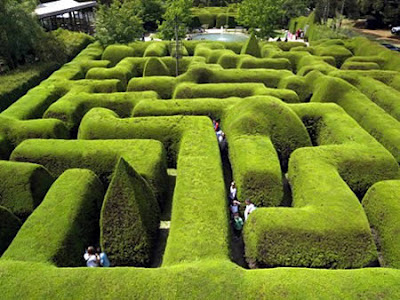