Stop Wishing For It!

Wishing for a good thing doesn’t accomplish much does it? I’ve known some people, myself included, that have fondly used the phrase, “You can hope in one hand, and shit in the other, and see which one fills up first.” I’ve always found that line to be a bit hilarious, crude yes, but also quite funny. I think the reason behind that is because the sentiment behind the statement is so true. Thinking about something good happening is far less effective than actually doing something about it. It really comes down to action versus inaction. I’m not quite sure I’ll ever see anyone squat down and actually try to shit in their own hand, but the point should be well taken. You must Do something to get something.

Personally, I’ve been in love with being a writer for years. I’d sit and imagine what it would be like getting my stories published, wonder what it would be like to give up my nine-to-five daily grind and just sit in front of my laptop, pounding away at the keys. I’d dream of seeing my name in print and telling my friends and fans about my next novel. I’d sit down and craft short stories that I believed told a great story and delivered an emotional punch that resonated. But you know what I didn’t do? I never submitted anything for consideration. I never once sent out a story just to see if it would get published. I had all these short stories and half finished novel ideas but I never really Did anything. I was hoping in one hand, but that was about it.

One day, my brother said to me “Maybe you’re just not a writer” and it was like a slap in the face, because I wondered if he was right. Part of me knew he couldn’t be, but part of me wasn’t sure. Why had I waited all those years and still not committed to writing? What was I waiting for? I asked myself a ton of questions, came up with a bunch of answers, but in the end it really came down to one thing: I was scared. It was easier to dream and hope than to actually Do. But doing is what makes life worth living. So I consciously decided to not fail, not waste my time, and stop hoping something good would happen, and I decided to Make something happen.

In the last six months I’ve written about 30,000 words on my novel and submitted to a half dozen publications. Okay, so I haven’t gotten anything accepted yet, but I’m Doing, not just hoping. You know what, even if I don’t get anything published and I ultimately fail, at least I tried. To me, I’d rather have the fact of failing than the regret of just hoping without action. Life is worth the risk, and the more I take, the more I experience things of value. Give it a try. It’s worth it. 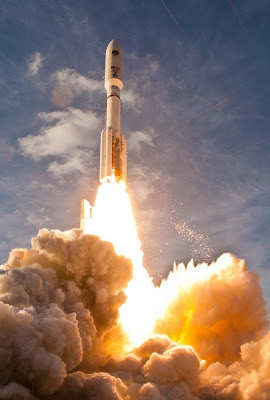 Thanks for reading. Questions and comments are welcome.