Excuses are the worst. We all make them, even if they are just little ones. But excuses rob us of progress. The worst thing about making excuses is that sometimes, often times we’re not even aware that what we are saying really are excuses. They may seem like practical thought-out reasons something cannot be accomplished; they may seem like a logical progression derived from the facts at hand. They may just seem comfortable and reasonable. You’ve probably heard or said something similar: “I can’t afford it,” “I don’t have enough time,” “there isn’t anyone to help me,” “I don’t know enough about it,” “I don’t want to do it alone,” “It sounds too complicated,” “It’s all their fault,” “I’m not to blame.”

At the heart of them all they are just jabs of negativity robbing us of our goals, sabotaging our successes and fueling our discontent. The trouble is, we get so used to saying and hearing these sorts of things, they become second nature, comfortable, even reliable. Getting stuck in an excuse pattern is dangerous, because that cycle of negativity feeds on itself and before you know it, your entire way of thinking is adversely affected to the point where you can’t even see the positive thing you once dreamed of attaining.

I’ve made excuses; I’ve even believed them and convinced myself I was right. For years I thought I couldn’t learn to play the Saxophone, because I didn’t have time for lessons, there was no time in my day, I didn’t have an instrument. Notice the negativity there? Well, I slowly saved up enough money and bought a sax, then devoted just 10 minutes a day to practicing and within a few months I could do it.

I also made excuses about writing. For a long time I kept telling myself I had no time. I kept procrastinating and putting it off. I’d tell myself that in some far off distance future ‘when I had the time’ I would write. I’d say things like “When I graduate I’ll start writing,” “When I go on vacation I’ll write,” “I’ll do it on the weekend.” I convinced myself that writing existed in some vague ethereal plan of ‘the future.’ Of course that was folly. I lied to myself to cover up the truth. And the truth was that I didn’t have any discipline to write ‘now.’ I still dreamed about it and sporadically put pen to paper, but had no consistency. I’ve recounted this next part of the story before but it bears repeating. I had a discussion with my brother, who said “Maybe you’re not really a writer. Maybe you should just give up on it, because you don’t seem to care about it enough to actually write.” You see that was like a punch in the face. Me; not a writer? Who the hell was he to say that? I’ll tell you. At that point he was the person who saw through the excuses.

That discussion changed my perspective and a year later, I have the first draft of a novel completed! Once we strip away the layers of excuses and the comfort they bring we are exposed to the truth. If you really want something, you CAN make it happen. You just have to believe in yourself and your abilities. I’m not saying everything is possible, but if you really try you can reach your goals. The positive state of mind can reinforce your resolve just as much as the negative state of mind can erode it.

Choose the positive perspective. It can start as easily as changing the way you speak. Speak in positive terms like: “I can do x,” as opposed to “I can’t do x.” I’ve been reminded of this technique recently and I’m amazed at just how negative some of my thinking has been. Find help, ask a friend and really start critiquing how you think, speak, and perceive the world. Expose the excuses and clear the road for positivity. 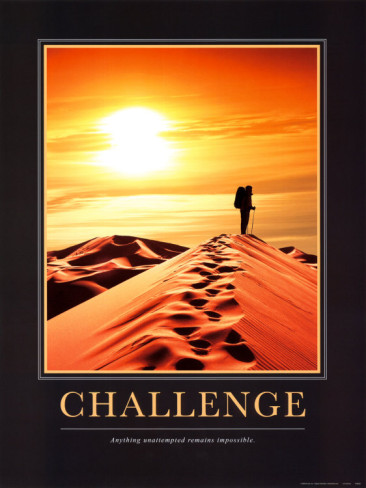 Thanks for reading. Questions and Comments are welcome.
By dc - April 25, 2013 3 comments:

Do You Ever Wonder Why You Fail?

Do you ever wonder why you fail? Of course you do. Failure sucks but it seems unavoidable. We should all strive for success but be prepared for failure, because unlike success, failure can teach us a lot. We can learn where we need help, where we need practice, motivation, instruction, experience, focus, the list is almost endless. But failure can be deceiving. It can teach you to give up and that’s a terrible outcome. When you fail, you need to persist; not at failing, but at attempting the next success. To put it another way, if you failed, you need to go back to square one, start over again, and give it another go.

Now I’m sure you’ve heard the old quote attributed to Einstein, the line goes something like “The definition of crazy is trying the same thing over and over again expecting a different result.” Okay, so I’m not advocating craziness, but I am advocating persistence. Trying again, with a different perspective, a different focus, a different motivation, a different plan, the key here is to try again. I’ll put it into context for you. Regular exercise and fitness is important to a person’s health, and it’s especially important to me. So, I work out about three days a week. The habit now is so ingrained into my psyche and daily life, I feel out of sorts when I don’t get to the gym. I’m not a muscle head to be sure, but I have made the commitment to go. But how did I do that, you might ask?

Well, in the beginning, every day I went to the gym, I counted it as the first day, even if it was the third time that week. I told myself that going on that day was the most important day and that I couldn’t skip out on it. So I went. And on the days where work or personal requirements got in the way, I made sure I went the very next day, keeping in mind that that day was the most important day I needed to go. During times when I couldn’t go three days a week, I made sure I went twice. Every week that was short, I made sure the following week hit the mark. So you see, every time I failed, I tried again, recommitting myself to what was important, keeping my goal in sight but staying focused on Now.

It may seem ridiculous or just silly trying to trick your mind into being committed. However, when you are trying to readjust your life and mindset, you need to change the way you think about things. Remember if you change your perspective, you change the world. This is the same idea. Give it a shot. 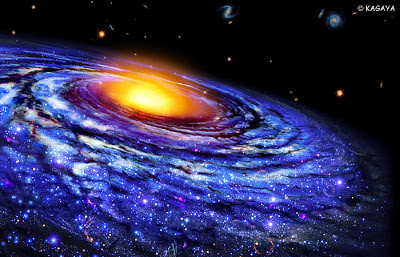 Comments and questions are welcome. Thanks for reading.
By dc - November 15, 2012 5 comments: