Sometimes, I just have no idea where the day will take me. I go to work, do my chores, take care of my responsibilities, and try to make the weekend a fun and enjoyable time, before I have to go back to work and do it all over again. They call it the Rat Race. Have you ever heard of this? It’s pretty much a zero sum game where you don’t really lose, but you don’t really win much either. To me it’s a mediocre way of living. I’ve always been goal oriented. To be fair though, there have been times where my goals sat quietly in the back of my mind, buried under a mountain of crap I called responsibilities and used as an excuse to not go after the things I really wanted. For years, I wouldn’t write a word but still fantasized about being a writer. Man I was in love with the idea of being a writer for so long. That’s the danger of being a dreamer; nothing gets done. That’s why I plan, so I don’t have to worry about where the day takes me; I try and let the day worry where I’ll lead it.

Life doesn’t always work out the way we planned. However obvious that may seem, it still sucks. I wanted to be a published author by the time I was thirty. That didn’t happen, of course I have only my procrastination to blame. It’s not only writing that I procrastinated on. I wanted to be in shape and healthy. Instead, during my early thirties, I got fat, out of shape and depressed. Things really sucked for a while there. You know why, because back then I wasn’t taking charge of my life, I wasn’t working toward my goals. Basically I was drifting on a course not my own, being driven by forces I let take control. It wasn’t until I decided I needed to be in direct control that things got better.

Note I said got better, not great, or awesome, or perfect. For as far as I have come in the last few years, I still have a long way to go. Sometimes, I still struggle with that pesky procrastination. what's worse is I do suffer occasional bouts of self-doubt, a lack of confidence, and diminished self-esteem. Why does this happen? I’m sure it happens to everyone, but sometimes I get so trapped inside my own head, it’s hard to see others' perspectives. See, we talk to ourselves, some call it a conscience, and others call it an inner monologue. Whatever moniker you use, if it’s not directed in a positive way, that little voice can whisper terrible little lies; what’s worse, we can start to believe them. I’ve caught myself, just recently listening to that whisper in my head saying things like ‘you can’t,’ 'you’re not good enough,’ or ‘don’t bother trying.’

Don’t believe that negativity. It’s a constant battle to ward off the negative and unproductive dark side, at least for me. I know some people that seem to be positive and cheerful all the time. If I could be I would. Unfortunately I am who I am. As you are who you are. Knowing who you are is one thing; just don’t accept it as an end product. You have your whole life to make improvements. I’ve decided to keep trying, even if it takes the rest of my life to get better. Otherwise I’ll just be a slave to the day. And who wants that? 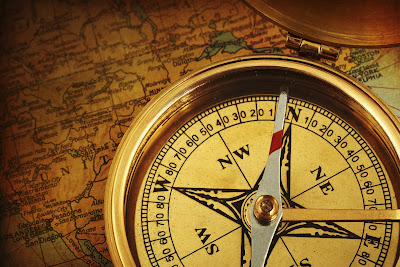